Russia can not come to a consensus on the Crypto-currency due to the resistance of the Central Bank.
Russian officials, under the influence of growing interest in digital financial instruments, are fighting the Chairman of the Board of the Central Bank Elvira Nabiullina for allowing the trade in crypto-currency on “official” exchanges , including the main one – the Moscow Stock Exchange.

As Deputy Finance Minister Alexei Moiseyev said to reporters, the Ministry of Finance uses “the full force of words and thoughts” to persuade the Central Bank of Russia, which continues to resist calls for legalizing trading .

“The Central Bank still does not support our proposals” he said.

Governments around the world are stepping up their control over digital currencies, since their excessive value attracts absolutely everyone, from small investors to Wall Street banks.

And if Vladimir Putin, based on international experience, in October called for building a “legal field” for crypto-currency, Nabiullina calls them “financial pyramids” and says she is “categorically against” private money.

“The issue of trade in digital cryptocurrencies is discussed within the framework of the development of legislation and additional comments at this stage are premature,” the press service of the Central Bank said.

A significant part of the trade-in cryptocurrency is currently carried out in unregulated markets, where shares, bonds, and other traditional securities pass from hand to hand.

Developers of bills around the world are calling for caution when interacting with the cryptocurrency. In December, just a few weeks after CME Group Inc. and Cboe Global Markets Inc. began to offer bitcoin-derivatives, the Commodity Futures Trading Commission of the United States issued a document listing “risks in trading with cryptocurrency” and urged investors to engage in self-education in this area before buying financial instruments.

The cost of bitcoin fell sharply on Thursday when South Korea’s Justice Minister again introduced his proposal to ban local crypto-bricks after it became clear that the country had become a kind of the epicenter of speculative trade, as the most active crypto-exchanges in the world are located here. 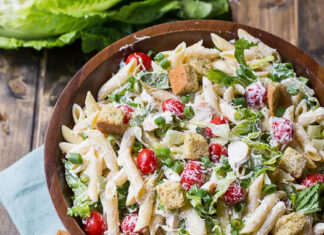