The Weeknd has responded to the rule changes for the Grammy Awards announced by the Recording Academy on Friday.

Primarily it’s a change that eliminates the ‘secret’ nomination-review committees that played a key role in his being shut out of all nominations for the 2021 awards, despite having one of the biggest albums and the most-streamed single of the year with “After Hours” and “Blinding Lights,” respectively.

The Recording Academy between the Grammy organization and artists

“The trust has been broken for so long between the Grammy organization and artists that it would be unwise to raise a victory flag,” he tells Variety, adding that he will continue to withhold his music from consideration for the awards. However, he does say that the move is “an important start.”

“I think the industry and public alike need to see the transparent system truly at play for the win to be celebrated, but it’s an important start,” he continues. “I remain uninterested in being a part of the Grammys, especially with their own admission of corruption for all these decades. I will not be submitting in the future.”

His manager, Wassim ‘Sal’ Slaiby, added, “No change comes without a voice heard. I’m just proud of Abel for standing up for what he believes in. I was in a shock when all this happened but now I see it clearly, and I’m glad we stood for our beliefs.”

While there was no stated “admission of corruption” from the Grammys in announcing the rule change, in an interview with Variety late Friday, interim Grammy chief Harvey Mason jr. said he had been working to eliminate the committees for months before the Weeknd snub.

Reps for the Recording Academy did not immediately respond

Mason declined to speculate whether that situation may have influenced the final decision- which was made by a vote from 44 members of the Academy’s board of trustees — but there is little question that it played a role, and he did say, “Any time an artist, especially one of that stature, calls our process into question or thinks something is unfair… the Academy is of course going to be affected by that, and want to work to make things better.”

Reps for the Recording Academy did not immediately respond to Variety‘s requests for comment early Monday.

When the Weeknd was bafflingly excluded from the 2021 nominations, many people, including the Weeknd and Slaiby, essentially said they believed self-interest within the committees to be the culprit (although there was no committee for the Pop category, one of three where he would have been a likely candidate).

However, Mason repeatedly stressed that the move was the unbiased decision of the nomination-review committees. “There’s no agendas in there, there’s no let’s snub this person or that person,” he told Variety after the nominations were announced in November. “It’s about, Let’s try and find excellence.”

Despite those statements, some speculated that the snub was due to opposition to the Weeknd being scheduled to perform at both the Super Bowl and the Grammys — which were initially scheduled a week apart. However, all parties said that situation had been successfully resolved, only to become moot when the Weeknd received no nominations.

“They engaged with us very heavily and at length to be a part of their show and then everything stopped,” Slaiby tells Variety, adding that Mason “claimed that he’d look into it and get back to us. Never heard a word back on that one.”

While all music awards are by nature subjective, it was unprecedented for an artist to have achieved the levels of critical and commercial success that the Weeknd’s “After Hours” album and “Blinding Lights” single and not receive even one nomination.

As for what he’d like to see next from the Academy — which is expected to announce a new president/CEO next month, with Mason stepping down from his interim role — Slaiby says: “I want to see a fair and accountable process be put into place and held to that new standard that is set forth.”

This is their chance to make this iconic award mean something again and have credibility. To the new CEO I would just implore that they run this right and step away from old school backdoor politics that have plagued the Grammys for years. Be fresh and operate with honor.”

Charity for the Recording Academy

While the Weekend calls the elimination of the Grammy nomination-review committees “a positive start,” he also says there are more important issues for the music industry to be grappling with — as evidenced by the millions of dollars he has given to charitable causes in recent months, including MusiCares, charity for the Recording Academy, as well as $1 million in food aid to war-torn Ethiopia, the African country where his family is from.

“The industry can keep stepping up to share their revenue to help those in need in various situations and to support the marginalized communities who create and buy the music they sell,” he says. “We have seen some movement there and I expect and encourage even more.

I care about making music that people love and helping where I can. Right now my concern is what’s happening in my home country of Ethiopia and encourage people to be aware of what is happening and donate where they can.”

He also said recently that he’s completed a possible album he recorded during lockdown at the recording academy. Asked how that music might be different from “After Hours,” he said: “If the last record is the after hours of the night, then the dawn is coming.” 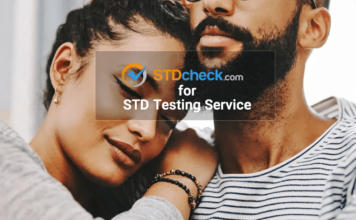 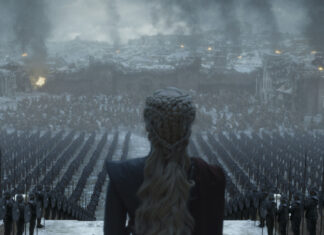