There are many interesting tea facts that even the most tea-addicted person might not know. Behind a steaming cup of tea in your hand today lies a fascinating history of camel caravans, paranormal needs and revolutions.

What are the most important drinks you drink throughout the day? In answer to this question, tea is one of the drinks that many people will name.

Over the last three centuries its foliage has changed across continents due to our needs, but its appeal remains the same. From camel caravans to political revolutions – and even as an accompaniment to supernatural life – tea has become an integral part of mankind’s life.

One of the most widely consumed beverages worldwide is this tea.

But 9 interesting facts about tea may not be known by many people, even the most addicted to tea. Let’s try to know about those interesting tea facts.

1Tea drinking began in China in 200 BC

Dry cakes made of leaves were among the ancient funeral offerings at Yang Ling tombs in central China.

The caffeine and theanine contained in these leaves prove that they were indeed tea leaves that were given to the dead as an accompaniment to their afterlife. Two hundred years ago it is known that tea was used in this way.

2All teas come from the same plant

All types of tea are made from Camellia sinensis. The leaves and leaf buds are collected from this evergreen shrub or small tree and used in tea production.

The differences between the different types of teas vary in the type of cultivation of the plant, the conditions and the production process.

In Japan, tea arrived at the hands of Japanese priests and emissaries returning from China. It dates back to the sixth century and quickly became known as the drink of choice among the religious class.

And green tea, which acquires a light green color when exposed to hot water, has been favored by the cultured and elite for centuries.

In the 15th century, tea culture was introduced to Buddhist monks from China. But the Japanese shaped it into their own ritual, which became an almost religious social practice.

Japanese tea ceremonies are known by the names Chanoyu, Sado, or Ocha. Matcha, a type of Japanese green tea, is prepared and served in a choreographed ritual along with traditional Japanese treats to counteract the tea’s bitter flavor.

In this ritual, preparing tea entails giving the predetermined gestures one’s whole attention. The goal of the entire process is to prepare a bowl of tea from the heart, not to drink tea.

Every action and gesture made by the ceremony’s host always takes the attendees into account.

Most of the tea reached the Russians via caravan routes from China to Russia. Camel caravans traveled for months, carrying tea across the continent.

Large amounts of tea were exported from Imperial China to Tsarist Russia over the historic Sino-Russian trade route, which dates back to the late 1600s.

Over the course of 16 hard months, mile-long camel caravans carrying tea traversed 10,000 kilometers through Siberia. This tea was exchanged for fur in Russia.

The smoke from their nightly camp-fires would fall on the tea and by the time they reached Moscow or St. Petersburg the leaves would develop a smoky flavor and the flavor of the tea that is known today as Rashan Caravan tea.

5Breakdown of the Chinese Monopoly

The breakdown of diplomatic and commercial relations between China and the British Empire in the seventeenth century forced the British to look elsewhere for tea.

The East India Company, which controlled global trade, employed a Scottish botanist, Robert Fortune, who was known for collecting exotic specimens from around the world and selling them to the elite.

He was tasked with secretly traveling to China and smuggling tea plants from there to India – with the aim of establishing an alternative tea industry there.

Amazingly, he exported 20,000 tea plants and saplings from China to Darjeeling. Arguably, many believe that Robert Fortune’s secret activities made India the home of tea as a direct result.

The tea plant most commonly grown in India was a subspecies plant called Camellia sinensis osmica. Assam tea was black in color with more flavor than green tea.

The strong color of Assam tea, commonly included in early English breakfasts, prompted people to drink it with milk.

Today in Britain, the typical English breakfast is tea served with milk. But milk is rarely served with tea in other parts of continental Europe.

This was mainly because tea was transported from Java in Indonesia to the Netherlands – which was much milder and did not require the addition of milk – making it popular in France, Spain and Germany.

You may like:
Orange Juice Smoothie with Yogurt: Best 10 Recipes

When tea was first sold at retail in London in 1657 by a man named Thomas Garraway, it created some confusion as to the best way to consume it.

It was then a luxury product, not everyone could afford it and it became highly desired and became a symbol of luxury. But not everyone knew its use.

In some sources, people tried to soak the leaves and eat them, even buttering them on toast.

8Tea wins over coffee in Turkey

Turkey has traditionally been one of the largest tea markets in the world. Most Turkish black tea comes from the fertile lands of the Riez region on the Black Sea coast.

806 persons in Adana and zmir, Turkey, received surveys. According to the study, individuals prefer tea in Adana (63.3%) whereas they prefer coffee in zmir (53.4%).

Turkish coffee is also famous around the world, but the most popular drink in Turkey is tea.

They tended to consume more tea during World Wars 1 and 2, when coffee prices rose quickly. In addition, as a gesture of welcome, they provide tea to all of their visitors.

In 1773, the residents of the American city of Boston rose up against the colonial rule of the British Empire.

Thus arose the ‘Boston Tea Party’ who protested against the tea tax imposed by the British government. In the dark of night, three British ships were raided in Boston harbor by patriotic agitators and 342 containers of tea were thrown into the water.

Tea contains more caffeine than coffee, if you didn’t know. Here are 9 other interesting tea facts you may like:

Do you know about the tea you are drinking?

And, finally, when tasting different types of tea, you should pay attention to its aroma, flavor and appearance.

Apparently, slurping tea might be a good way to smell it faster. 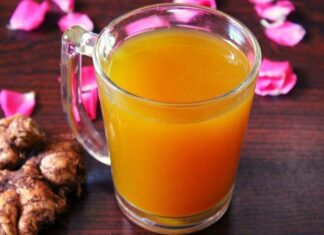 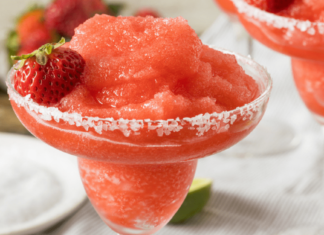 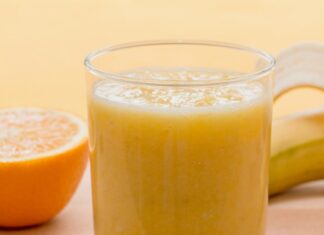