The Internet is now packed with all kinds of information about crypto-currencies, and to study and understand the differences between them, it will be necessary to strain.

SiaCoin can be considered a unique coin, because developers are constantly inventing new ways to put it into their projects so that users can earn it, and not just cannibalize or buy on stock exchanges.

SiaCoin is a project of the company Sia, known for its unique blockade cloud storage . You could hear about Amazon S3, ICloud, Google Drive or Dropbox projects. The developers of Sia looked a little differently at cloud storage, and decided that it would be better to directly connect people wanting to upload a file to the cloud with people able to allocate space on their disk to store these files.

Unlike the usual centralized cloud storage, in which everything is stored on external servers located somewhere in one place, Sia is a completely decentralized network of data centers. The main feature of this project – along with other similar ones like Maidsafe or Storj – is smart contracts and payment for data storage.

SiaCoin can be considered a unique coin.

The SiaCoin coin serves as a means of payment in this store. In general, this is the only option to be able to use it. Other crypto currencies are not accepted, real money too. For SC, some users buy from others a place to store files.

Those others – the hosts – promise to ensure their safety – sign a smart contract and deposit a certain number of coins as collateral. The files remain intact – the host receives a reward. Storj works the principle of pay-as-you-go, that is, the reward depends on how often a person uses their files. As stated above, when signing a contract, hosts in Sia deposit a deposit.

If they do not fulfill their obligations, some of these collateral is written off. Therefore, they themselves are interested in the security of the files entrusted to them and increasing the trust in the project.

The distribution of files in Sia is done by breaking them into small encrypted segments. This technology provides even greater protection, no one can find out what is contained in these files, even faster speed, and a smaller commission compared to other repositories.

For the first time, Sia was mentioned in 2013 on a student hakaton, but officially the project was launched in June 2015. In February 2018, the market capitalization of SiaCoin exceeded $ 700 billion, while at the beginning of 2017 it was $ 5 million.

Like other coins, SiaCoin can be bought on exchanges for bitcoin or Etherium.

Another option is mine itself. But it will have to be done on ASIC A3, released in late January, especially for the Blake2b algorithm on which SC works. It is a hundred times more efficient than the standard Nvidia, but it costs $ 2,375, and at retail, this figure will be even higher.

Like other coins, SiaCoin can be bought on exchanges for bitcoin or etherium

You can also pool with other people or participate in promotions held by Sia. The purpose of these actions is to attract new miners. Recently, the excitement around the Etherium and bitcoin makes many people turn to them.

ICO projects have become a real mainstream. It’s a feeling that any company, somehow connected with blocking or crypto-currencies, is trying to launch its own ICO and conduct all sorts of activities to attract investors to it, instead of continuing to develop and update its product. The team Sia decided not to deal with such things, and concentrate on their already working projects. Thanks to the investment companies Raptor Group, Procyon Ventures, Fenbushi Capital, as well as venture investor Xiaolai Li, the Sia fund grew to $ 1.25 million without ICO.

Many consider the project to be undervalued. On CoinMarketCap you can see that SC costs only $ 0.01. But everything is still ahead, and you can hope for growth as the number of files uploaded to the network increases.

Sia has another cryptocurrency, Siafund. Coins are only 10 000, and this makes them more valuable. Most of Siafund belongs to its creators. This can be called an alternative to the development of their coins by developers.

The Commission in the form of 3.9% of the successfully completed contracts is evenly distributed among holders of Siafund. So, the more people use Siacoin to store files, the more Siafund costs. 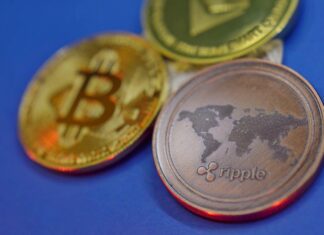 5 Cryptocurrencies for long-term investments up to 2020

5 Cryptocurrencies for long-term investments up to 2020