Bill Harris, co-founder and former CEO of PayPal, yesterday posted an article on Recode in which he talks about Bitcoin.

This is not the first time that celebrities from the tech and banking industries have expressed themselves in this way. To say he was not enthusiastic about Bitcoin would be an understatement.

He suffers his article with the following polemical words:

Based on this statement, he goes through individual clichés, which we briefly present here and want to put our opinion or proven facts against it.

Bitcoin is a colossal pump-and-dump scheme
In his opinion, bitcoin is a pump-and-dump scheme that the world has never seen before. The losers are ill-informed buyers who are “caught in the spiral of greed.” The result is a massive transfer of wealth from ordinary families to those behind the market manipulation.

Even the silver market , for example, can still be manipulated, even if not to the same extent as in the early years. At the end of the day, everyone has to decide for themselves whether it’s worth the risk.

Bitcoin is not suitable as an alternative currency due to its volatility
BTC has failed as a means of payment in its view due to the limited number of transactions that accept BTC. The price fluctuations make BTC from Harris point of view virtually useless.

CONTRA:
The technology is still in its infancy. And yet a large number of well-known websites and shops are already accepting Bitcoin. The mainstream adaptation is in full swing. As we report almost daily, more and more companies, shops and also countries and banks are recognizing BTC as a legitimate means of payment.

For example, the central bank of St. Louis recently named Bitcoin a ” great innovation .” TheNasdaq is considering offering bitcoin and cryptocurrencies for trading.

Bitcoin is not fit for value retention
From Harris’s point of view, crypto currency exchanges are far less reliable and trustworthy than ordinary banks and brokers.

CONTRA:
Without becoming too political, the global financial crisis of 2008 and the ECB money-glut are reasons that clearly argue that fiat currencies are not a store of value.

A bitcoin has no intrinsic value
Harris explains, “It only has value if people think other people will buy it for a higher price – the Greater Fool Theory”.

CONTRA:
Since the decoupling of the US dollar from the gold standard in 1971, the Fiat currency system is based exactly on the system Harris describes. By contrast, Bitcoin is decentralized and controlled by the market.

Bangladesh and India brace for the strongest storm 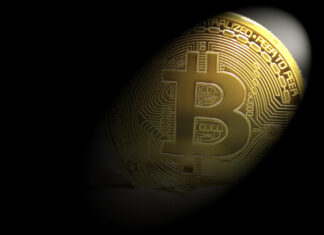